LTC Geraldo A. Peralta is a native of Santo Domingo, Dominican Republic. He enlisted in the United States Army in Miami Florida in 1992 as a helicopter crew-chief. In 2000, he was commissioned as a Second Lieutenant through Officer Candidate School. He is a graduate of the Field Artillery Officer Basic Course, Ranger School, Airborne School, Combined Logistics Captains Career Course, Eisenhower Leader Development Program, Joint Planners Course, Army Command and General Staff College, Army War College Strategic Broadening Seminar, and the Army Inspector General School. He holds a Bachelor of Science in Aeronautics from Embry-Riddle University and a Master of Arts in Organizational Psychology and Leadership from Teachers College, Columbia University, NY.

LTC Peralta’s assignments include Company Fire Support Officer, Battalion Targeting Officer, Battalion Maintenance Officer, and Forward Support Company (FSC) Commander at Fort Carson, CO. While deployed to Iraq, he served as FSC Commander, and Brigade Support Battalion Support Operations Transportation Officer. Upon redeployment, LTC Peralta was selected for the Eisenhower Leadership Program at West Point, NY. where he served as an Instructor, the Transportation Corps Branch Representative, and as Special Assistant to the Commandant. Next, he served as the Brigade Logistics Officer in the 3rd US Infantry (The Old Guard), followed by a broadening assignment as an investigator in the Department of the Army Inspector General Agency at he Pentagon before assuming command of the Army Field Support Battalion Bragg at Ft. Bragg, NC.

MSG Brenden Shannon was born and raised in Los Angeles, CA where he joined the US Army in July, 2005 and attended Infantry One Station Unit Training (OSUT) at Fort Benning, GA and then attended US Army Airborne School.

MSG Shannon was assigned to the 82nd Airborne Division’s Long Range Surveillance Detachment (LRSD) and deployed to Afghanistan twice with the LRSD from January 2007 – April 2008 and April 2009 – April 2010. He then served as a Drill Sergeant with the 2nd Battalion, 19th Infantry Regiment, 198th Infantry Training Brigade at Fort Benning, GA. Immediately after completing his time as a Drill Sergeant, he attended the Ranger Assessment and Selection Program II and was selected to serve as a Ranger Squad Leader in 3rd Battalion, 75th Ranger Regiment. He deployed twice with the Rangers before moving to the S3 Operations Section to become an Assistant Operations NCO in the 3rd Ranger Battalion. He was then assigned to the 5th Battalion, 20th Infantry Regiment at Joint Base Lewis-McChord, WA where he served as the Scout Platoon Sergeant, Rifle Platoon Sergeant and Charlie Company First Sergeant. He was then selected to serve as the Joint Base Garrison First Sergeant for Joint Base Lewis-McChord.

MSG Shannon is married with one daughter. He is an avid reader and enjoys spending time in the outdoors. 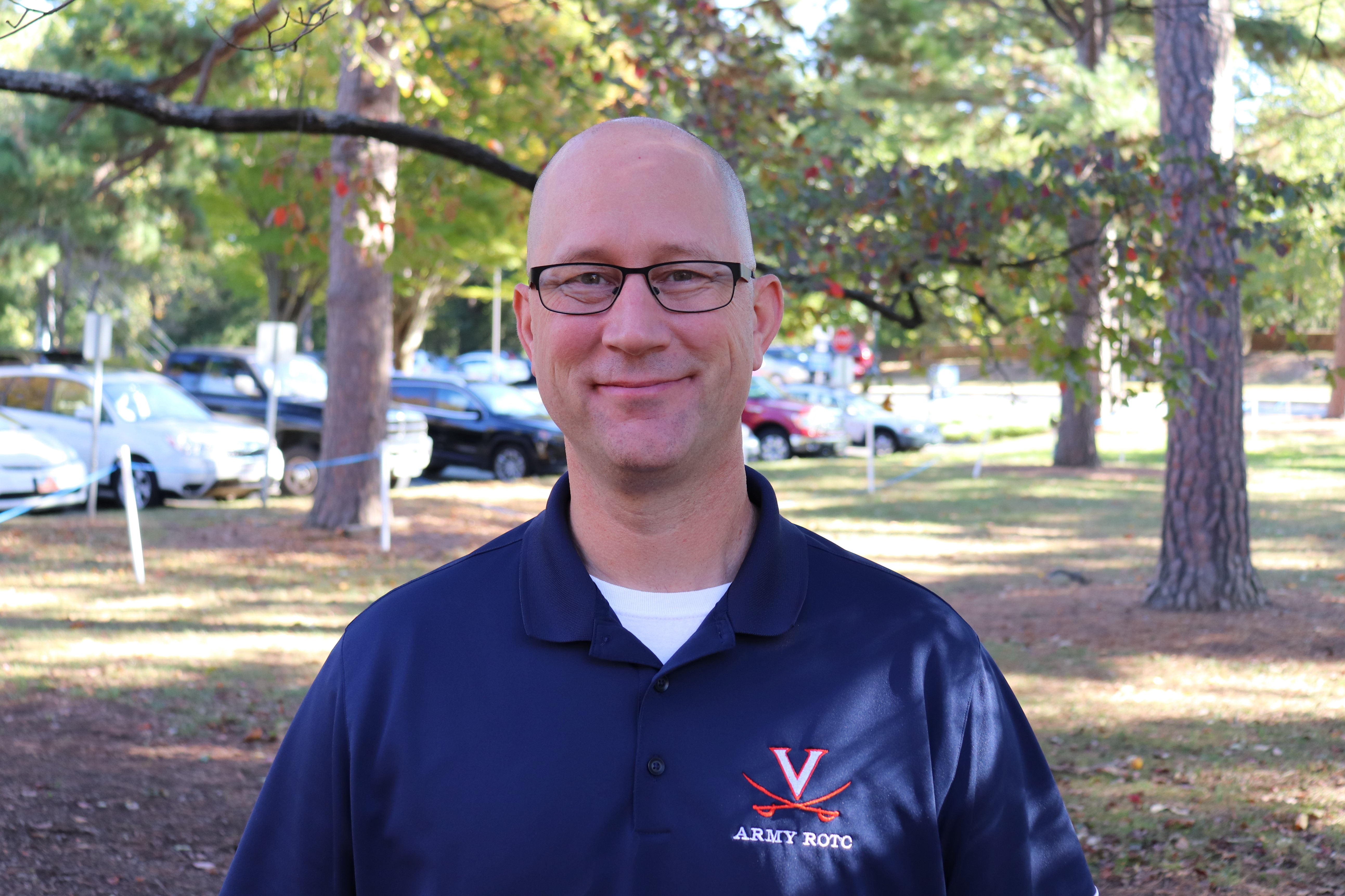 MAJ Thomas (Will) Vogan enlisted in the Utah National Guard in 1995. He joined the ROTC Program at Utah Valley State College in 2000 and earned his Bachelors of Art in Integrated Studies, emphasis of Biology and Military Science in 2002. He then commissioned active duty as an ROTC honor graduate. After commissioning he was assigned to the 83rd Chemical Battalion at Fort Polk, where he served as the Battalion S2, a Platoon Leader, and a Company Executive Officer. Other assignments include Division SSO, Squadron S2, Brigade S2, JSTARS Deputy Mission Crew Commander, and most recently, the Assistant Professor of Military Science at the University of Virginia. His deployments include one to Iraq, one to Afghanistan, and two to Qatar.
His awards include two Bronze Stars, the Meritorious Service Medal, the Air Medal, the Army Commendation Medal (3OLC), Army Achievement Medal (1OLC), the National Defense Service Ribbon with 1 bronze star, and the NATO Medal. He also earned the Combat Action, parachutist, Aviator Badges, and the German Armed Forces Proficiency Badge in Gold.
He is as dual military couple with two sons. He enjoys spending time outdoors, hiking with his boys. 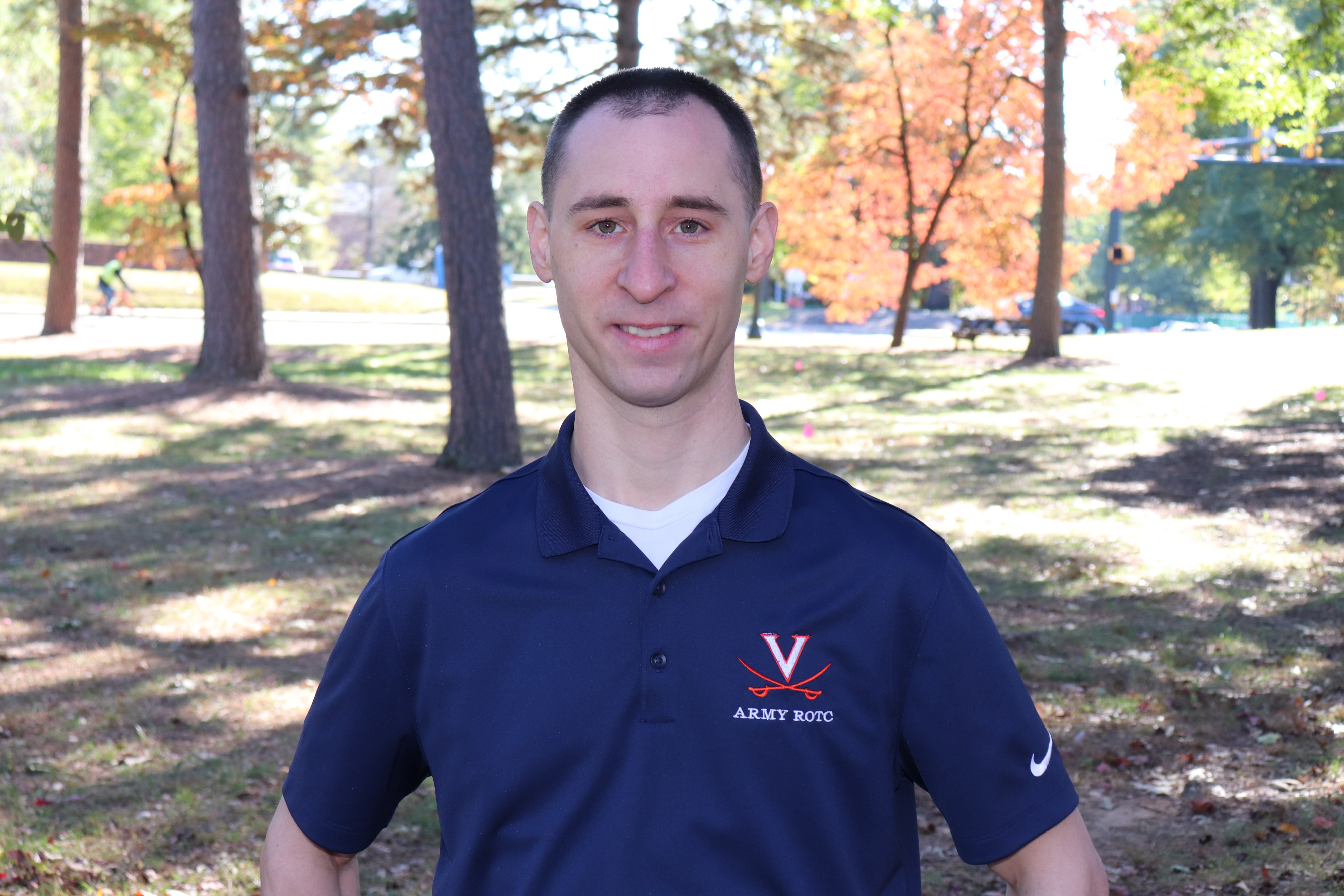 CPT Benjamin Rogan was born in Lawrence, Massachusetts. He grew up in the neighboring town of North Andover and later attended college at the University of Massachusetts at Lowell. In 2008, he enrolled in the Bay State Battalion Army ROTC program hosted by Worcester Polytechnic Institute and finished as a Distinguished Military Graduate of the program. In May of 2010, he earned a Bachelor of Science in Management Information Systems with honors, and was commissioned an active duty Armor Officer in the U.S. Army.

Afterward, CPT Rogan attended the Armor Basic Officer Leader Course and Army Reconnaissance Course at Fort Knox, KY, from November of 2010 to May of 2011, before taking over a Scout Platoon in Banshee Company, 1-71 Cavalry Regiment as part of 1 st Brigade, 10 th Mountain Division (Light Infantry) stationed at Fort Drum, NY. He then served as Executive Officer of Cobra Company, 1-87 Infantry Regiment, from December of 2012 to October of 2013, while attached to 1-71 Cavalry Regiment as part of Task Force Ghost. Upon completion of duties, CPT Rogan volunteered to serve in TRADOC as a Company Executive Officer in 1-81 Armored Battalion, as part of the 194 th Armored Brigade, from November of 2013 to January of 2015, helping facilitate the basic and advanced training of future 19K Tankers prior to attending the Maneuver Captain’s Career Course at Fort Benning, Georgia. CPT Rogan completed the course in June of 2015 and remained an additional six months to earn a Master of Science in Organizational Leadership from Columbus State University. Afterward, CPT Rogan completed the Cavalry Leaders Course in January of 2016 before reassignment to 1 st Armored Division at Fort Bliss, Texas, where he assumed the duties and responsibilities of Battalion Assistant Operations Officer to 1-71 Armored Regiment Steel Tigers in support of Operation Spartan Shield. While deployed, he took command of Bravo Company and then oversaw their training state-side in preparation for follow-on missions. Afterward, he served briefly as Assistant Brigade Planner before accepting a position as an Assistant Professor of Military Science at the University of Virginia.

CPT Rogan resides in Charlottesville, Virginia with his wife and serves as the S3 Operations Officer in addition to his duties as an Assistant Professor of Military Science. 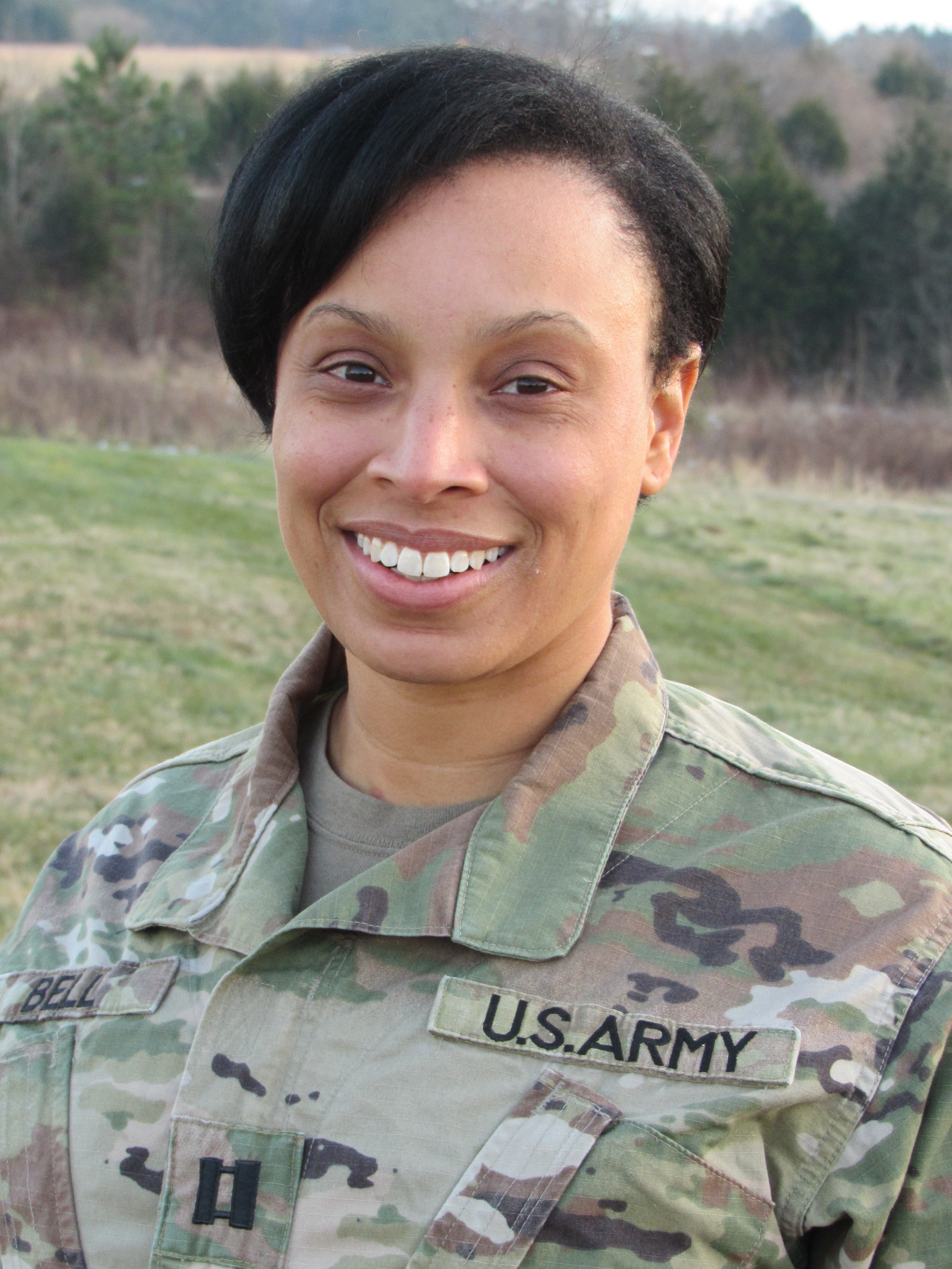 Captain Maegan Bell received her Bachelor of Arts in Communication and Media Studies in 2005 and her Masters of Arts in Public Communications in 2007 from Fordham University. She enlisted in the Army in 2010 and received her Commission as an Ordnance Officer in 2011 from Officer Candidate School.

Captain Bell is married with one son. She enjoys time exploring her surrounding community while being active with her family and their two dogs. 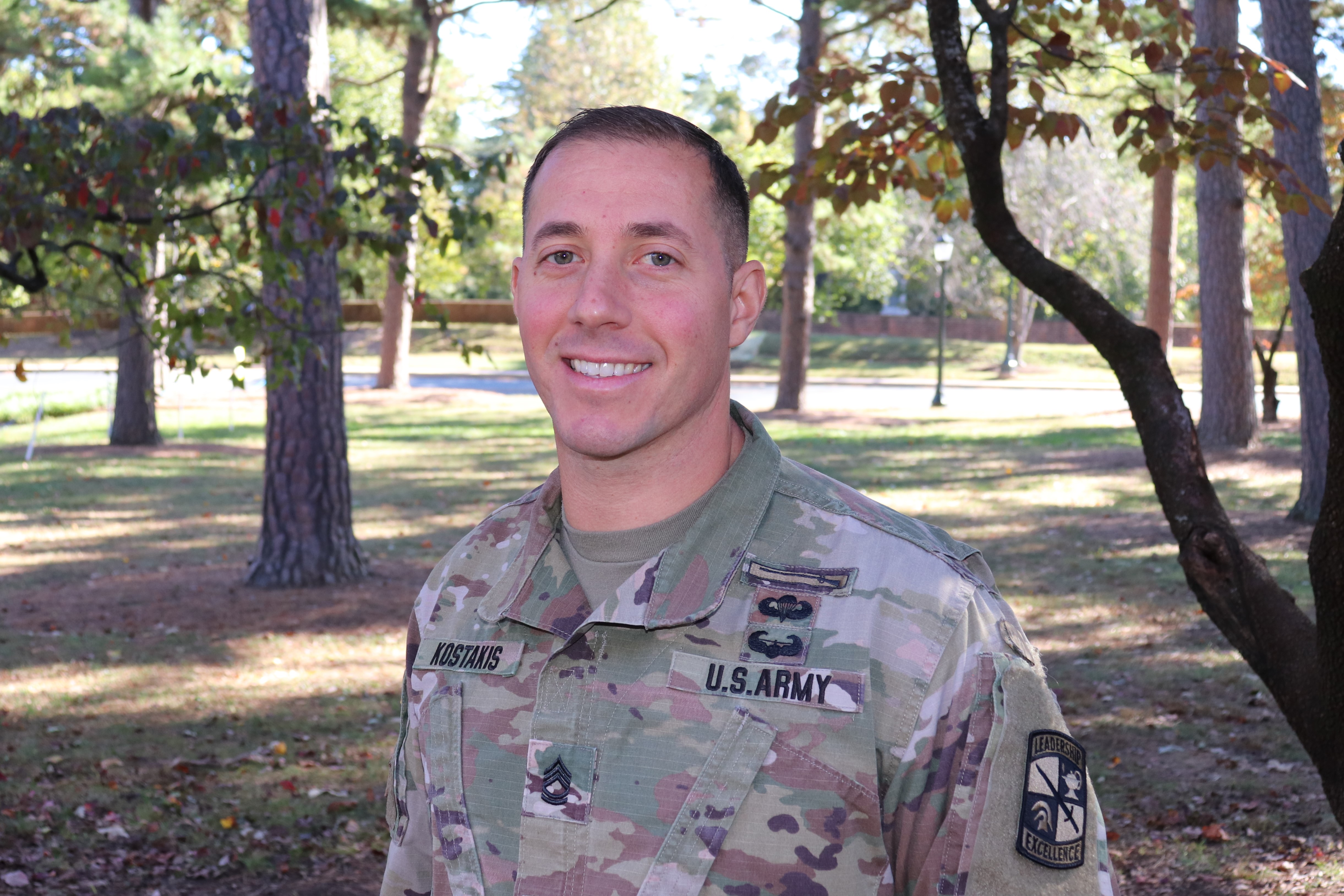 SFC Elias Apostolos Kostakis is originally from Cleveland, Ohio. In January of 2007, he enlisted into the
United States Army as an Infantrymen. Shortly after was sent off to Fort Benning, GA where he entered
OSUT on Sand Hill.

SFC Kostakis’ assignments include A Co 1/67 IN Fort Carson, CO, 1/50 as a Drill Sergeant in Fort Benning,
GA, C Troop, B Troop and HHT 1/91 CAV in The 173 rd IBCT (A). SFC Kostakis has deployed several times in
support of Operation Enduring Freedom, Operation Iraqi Freedom, and other Overseas Contingency
Operations. 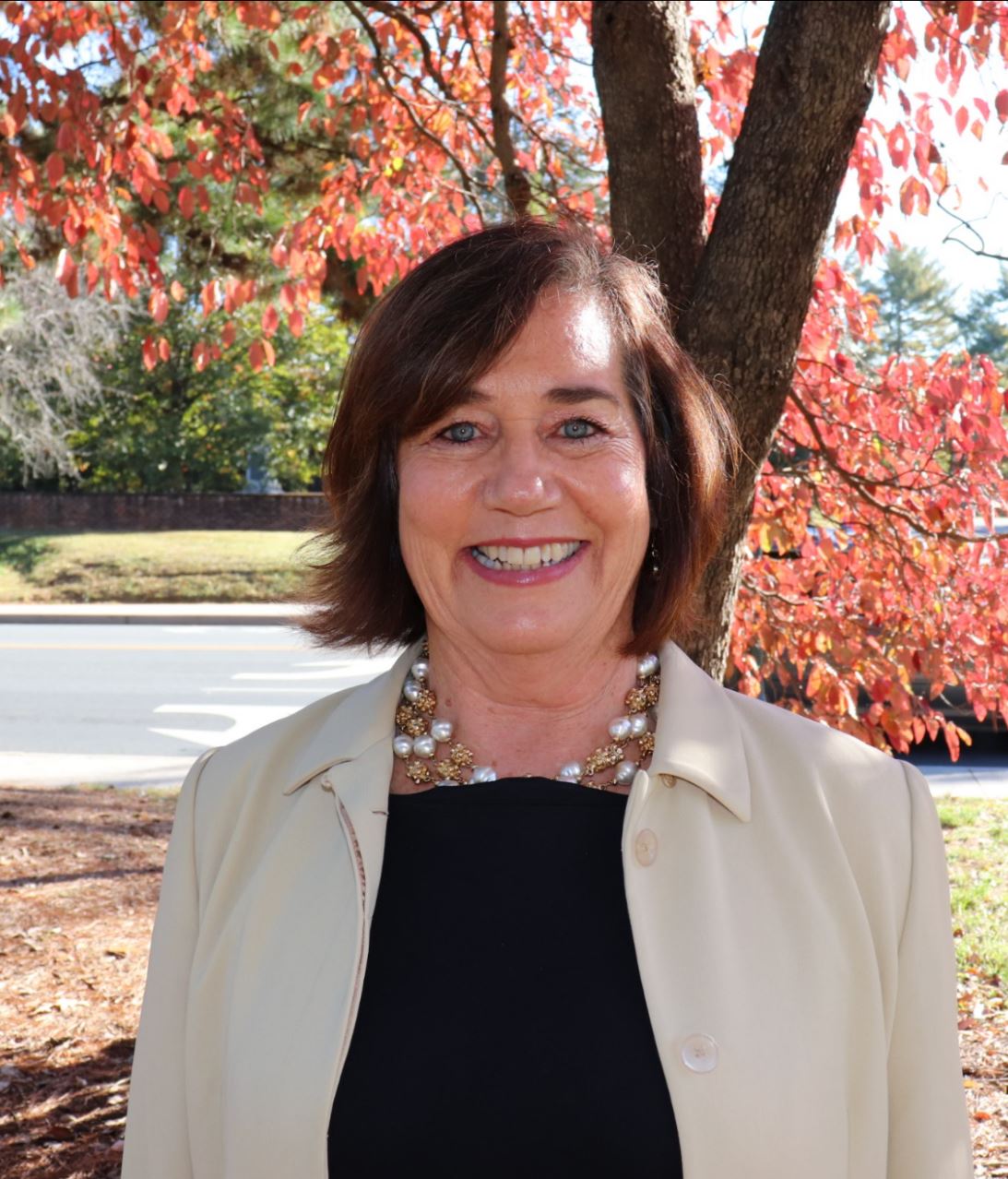 Susan Puanani Kellett-Forsyth made history in 1976 when she became a member
of the first class to include women in the United States Military Academy’s
178-year history. She graduated from USMA on 28 May 1980, as one of the 62
women amongst a class of 859 men. As a Commissioned U.S. Army Signal Corps
officer, Susan spent years honing her skills as a military leader with
assignments in Germany, Fort Bragg, and Campbell University where she served
as an Assistant Professor of Military Science.

After attending the elite School of Advanced Military Studies, she served as
a planner for the First Infantry Division and was instrumental in developing
the first U.S. – Russian Peace Keeping exercise on American soil. In January
1996, she deployed to Bosnia in support of Peace Keeping Operations during
Operation Joint Endeavor.

After she retired from military service, she earned her Ph.D. in
Organizational Leadership from the University of Oklahoma in 2003 and
applied her expertise at the secondary school level in Stuttgart, Germany.
She spent six years working with the non-profit group, Americans Working
Around the Globe (AWAG), serving as Chairperson for two years. Her passion
for AWAG’s mission resulted in her efforts to work with a talented team to
train, strengthen and connect volunteers in military communities in Germany,
Italy, the U.K., Belgium and the Netherlands. As a Department of the Army
Civilian, she was a part of United States Africa Command in Stuttgart
Germany where she worked in J5 Plans and J3 Operations.

Susan is on the Board of Directors for the newly established non-profit
organization, American War Memorials Overseas.

Susan lives in beautiful Greenwood, Virginia with her amazing husband John.
They have three wonderful children – Kaliko, David and John. 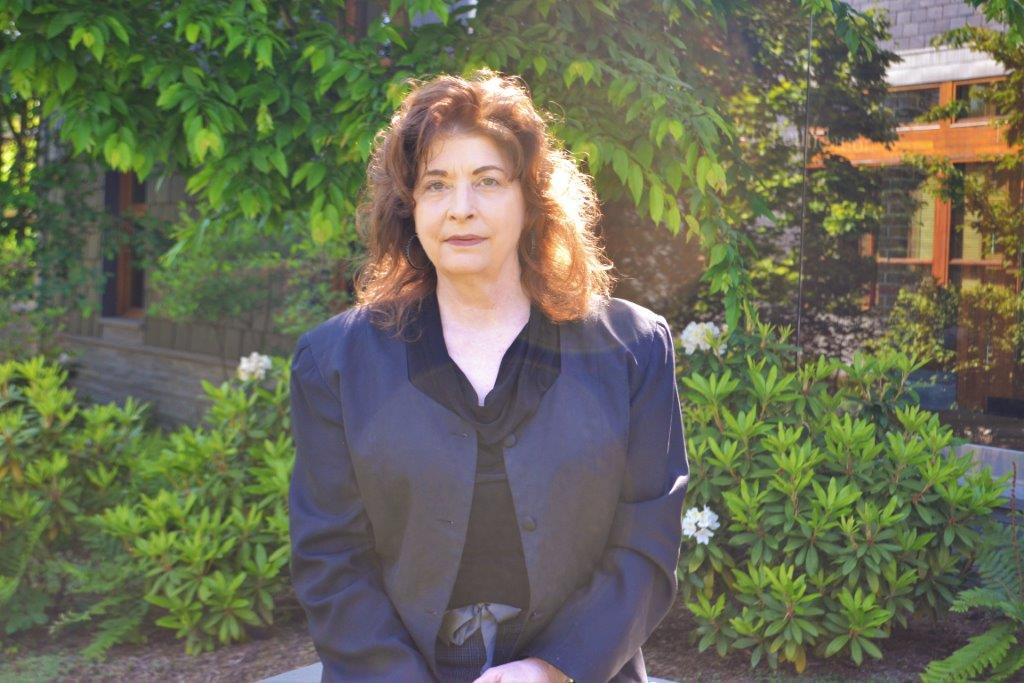